Nisse is known as a great Motorcycle enthusiast.

but mostly as a skilled mechanic, constructor and innovator.

Nisse writes; checking out Götes World and realize I am also in that world! 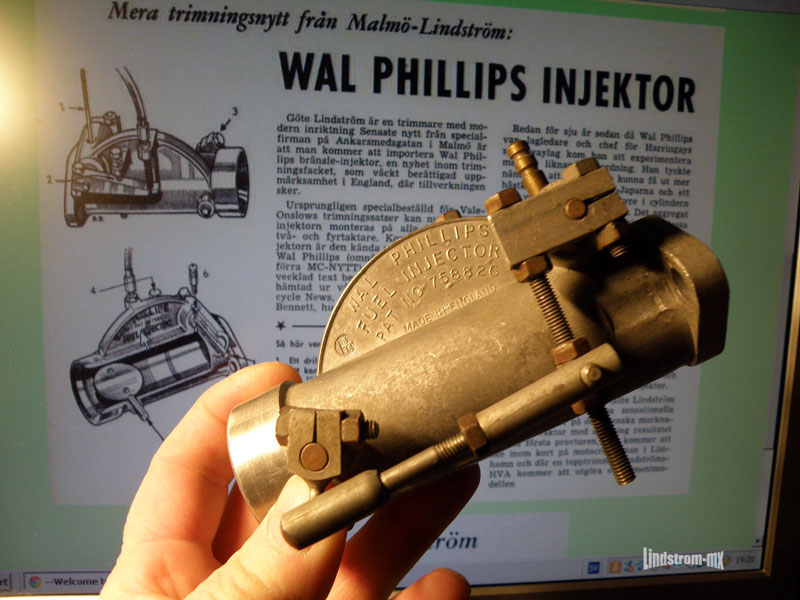 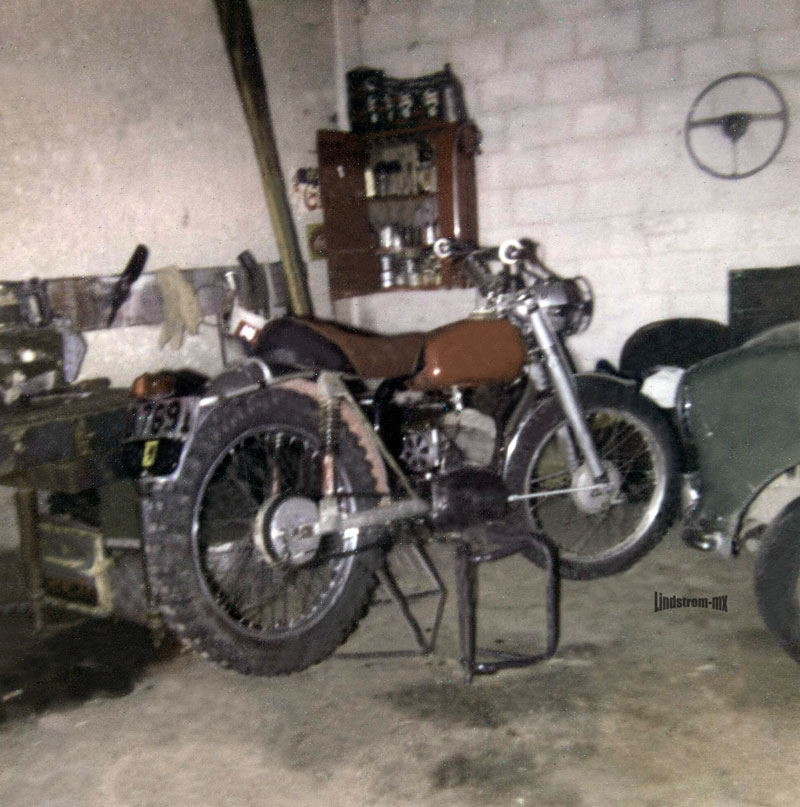 This is a real 60's biker, just check out the boots! 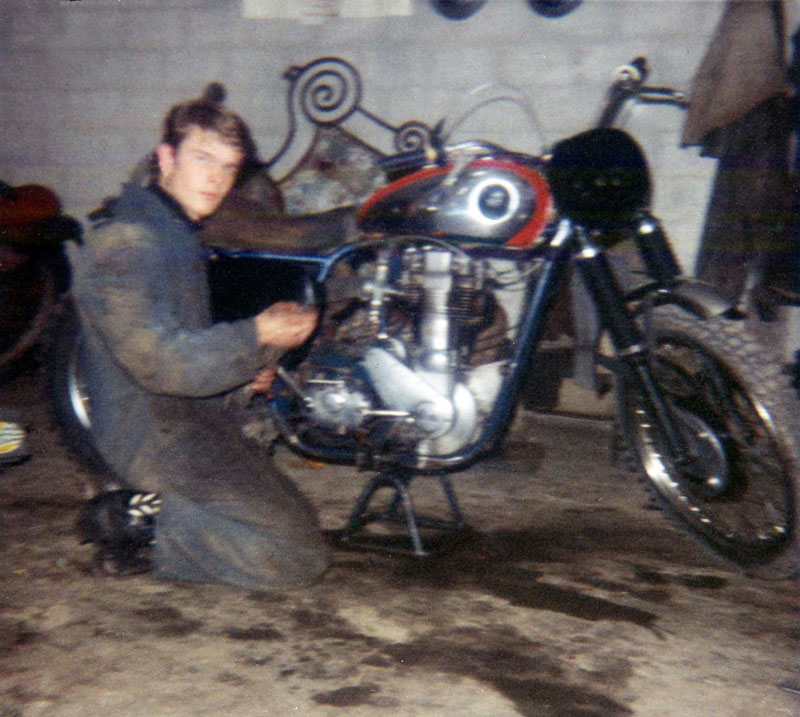 Read Nisse's own story below, about constructing his own automatic gearbox.

This is how my life with automatic motorcycles started.

I started as a testdriver in the Swedish Army in 1968.

In 1972 when the Army wanted a new automatic transmission motorbike we tested Monark, Hägglunds and Husqvarna. 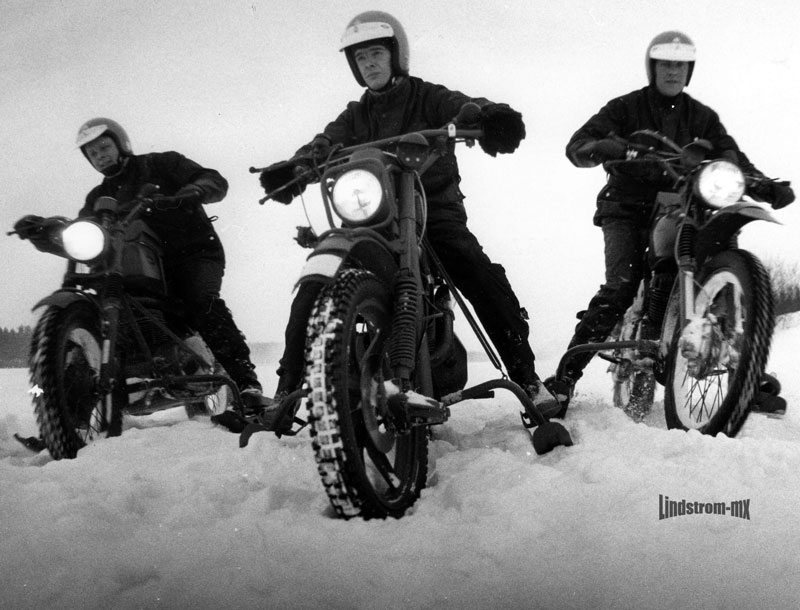 The picture below is from a Swedish championship Endurorace in Västerås 1976 on a factory Hägglunds bike, 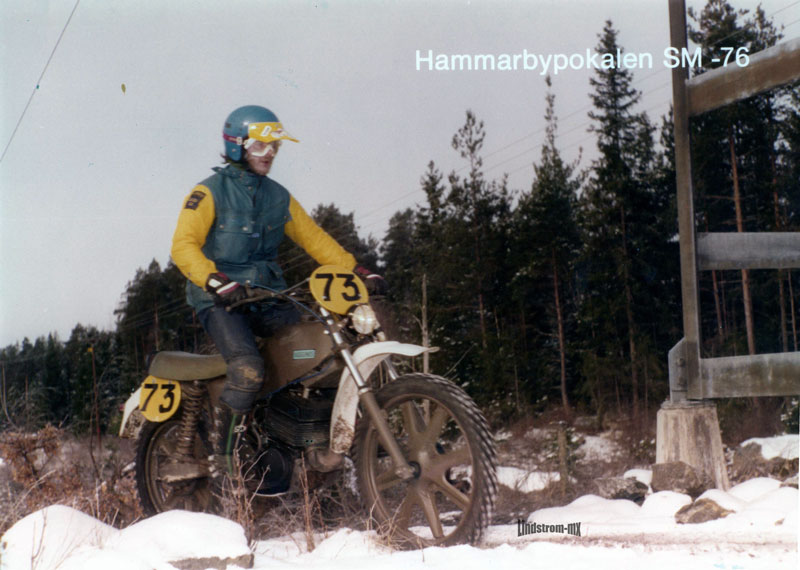 After lot's of driving and racing with automatic bikes I really liked the concept.

However one problem with these bikes was that the gearboxes wasn't very durable.

But problems can be solved! I had many ideas on how to improve and develop the gearboxes to be more durable.

The picture below shows a prototype of mine from the early 1980's. It's a new construction of the freewheel for the kickstarter.

This idea came up when i had to cancel the race Novemberkåsan in Gävle 1980,

because the original Husqvarna freewheel for the kickstarter broke down. 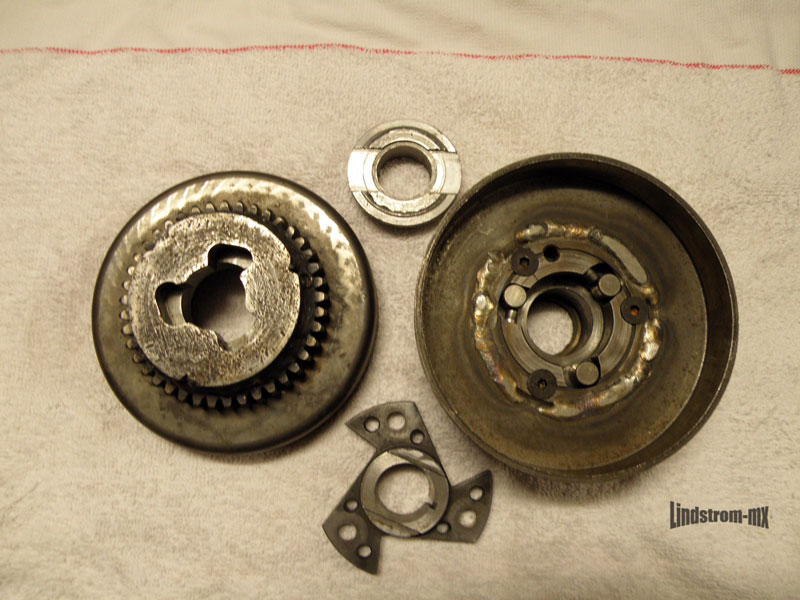 The ones to the left is original Husqvarna parts made in brass with the fragile tension springs.

The ones to the right are my own construction in steel with more durable compression springs.

On my weights I glued brakebands as friction joints.

This construction makes the gearbox more durable because the gearoil wont get filled with brass shavings.

This is a major problem with the Husqvarna automatic gearboxes. 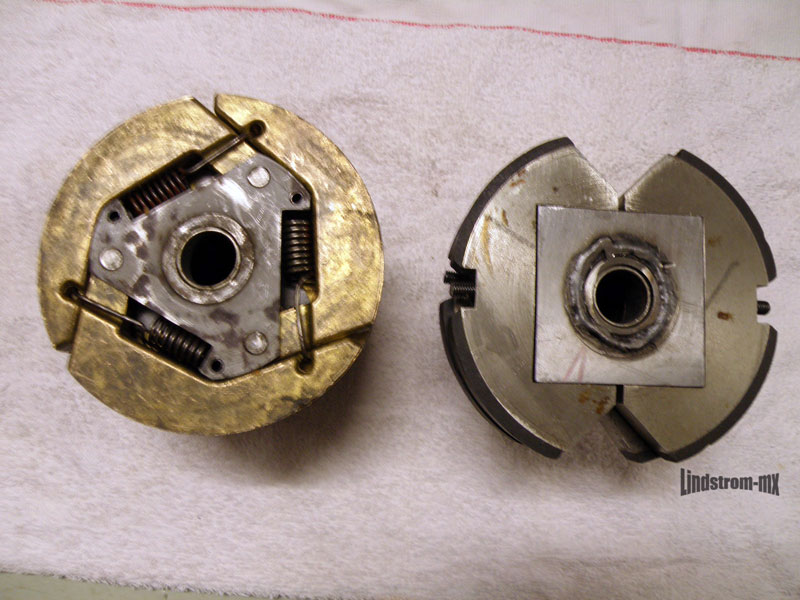 My first own gearbox was mounted in a Husqvarna 430cc project bike.

This project bike was loaned to the enduro driver Johan Wennerberg,

who won the B class at Novemberkåsan in Arbåga 1985 convincingly with it.

Later I had an idea about making a 4 stroke automatic bike.

I "paired" The Husqvarna and the Husaberg with my gearbox. 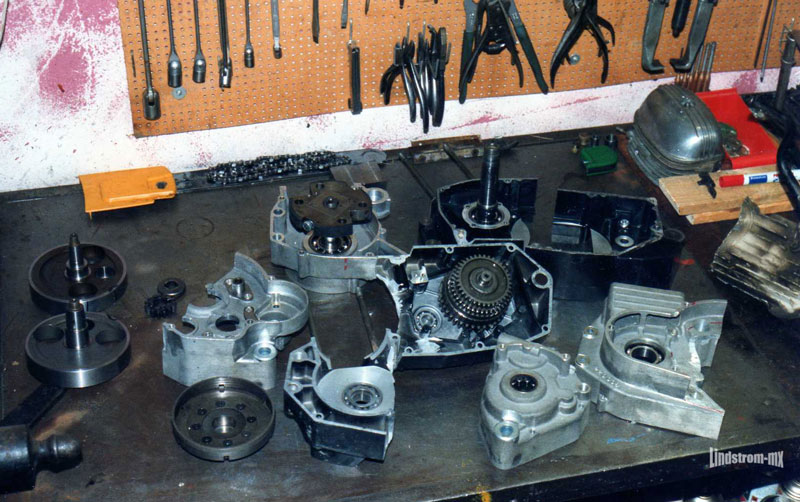 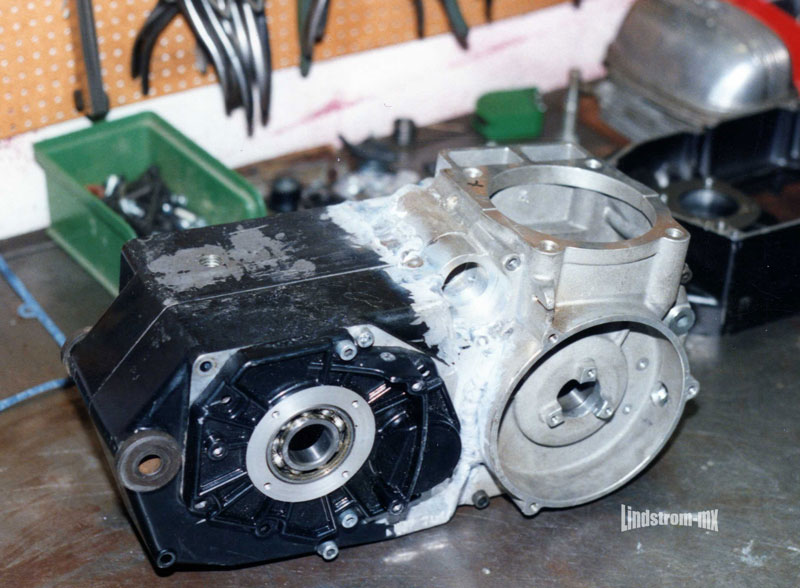 Roland Örn from the Husaberg Factory gave it full throttle and drove it in 130 km/h with unhardened handmade gears!

The engine is available today at "Gyllene Hjulet" a motorcycle museum in Surahammar. 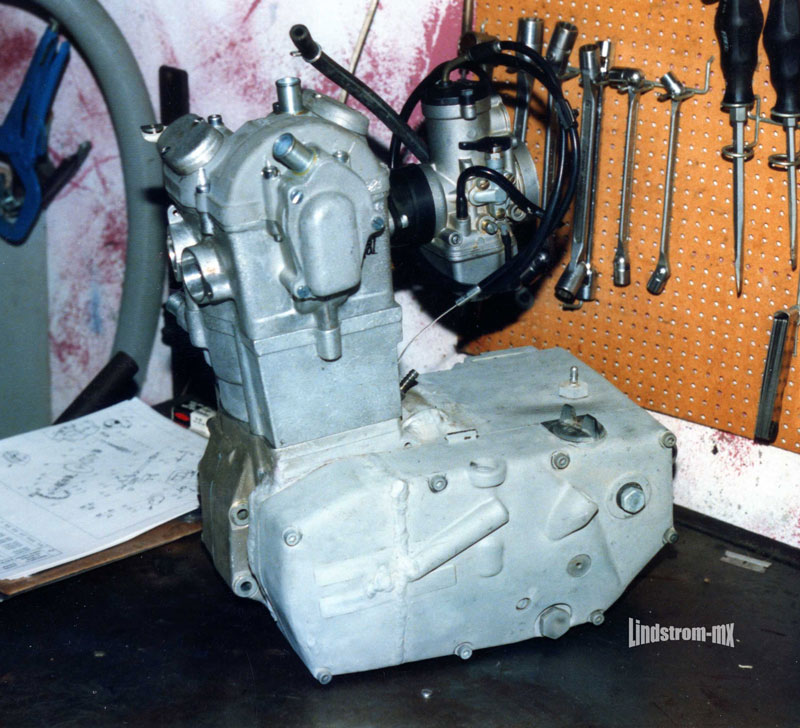 Proof of these attempts I converted a Husaberg engine to my gearbox. 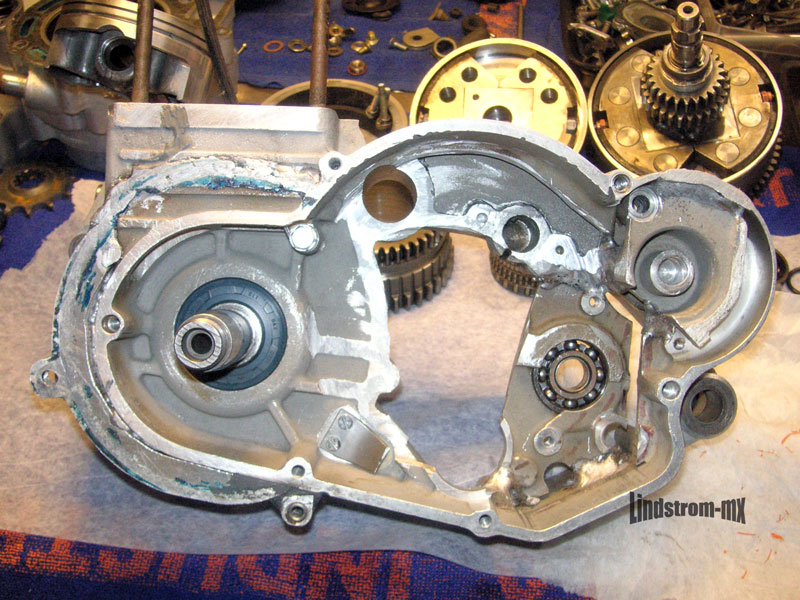 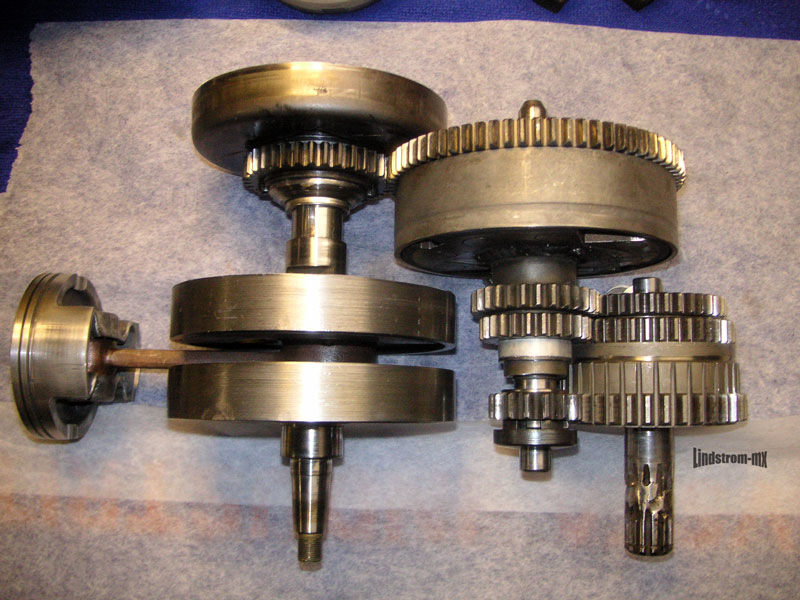 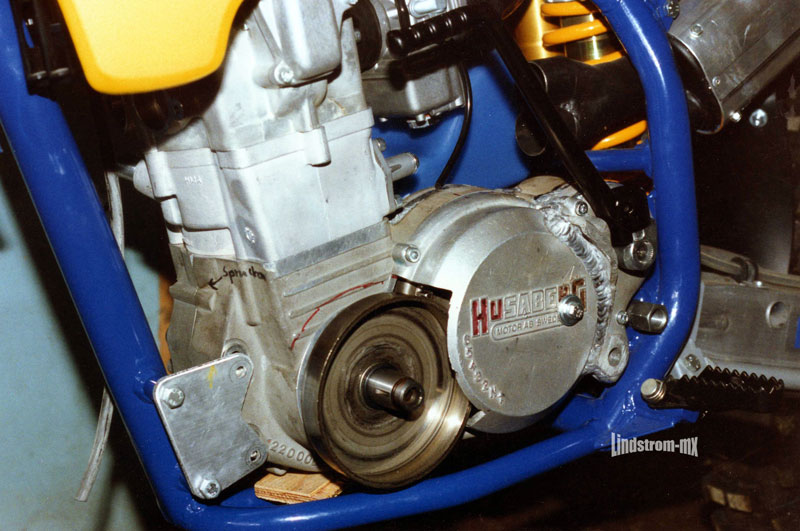 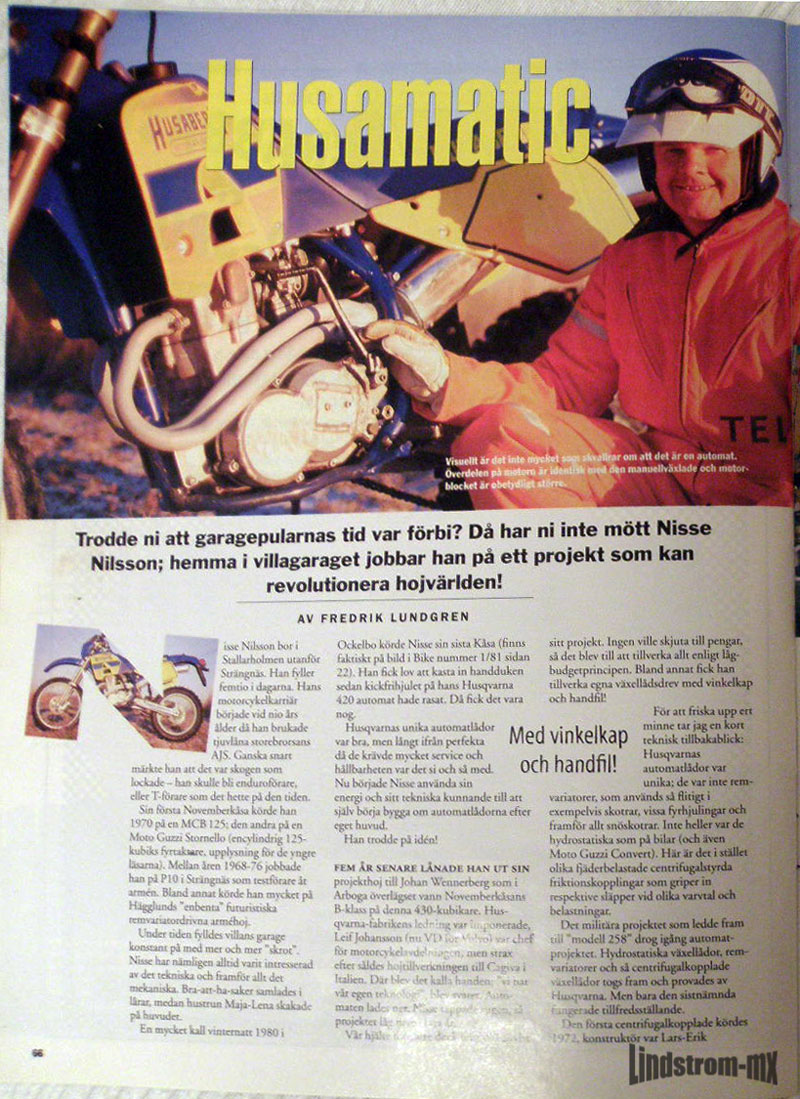 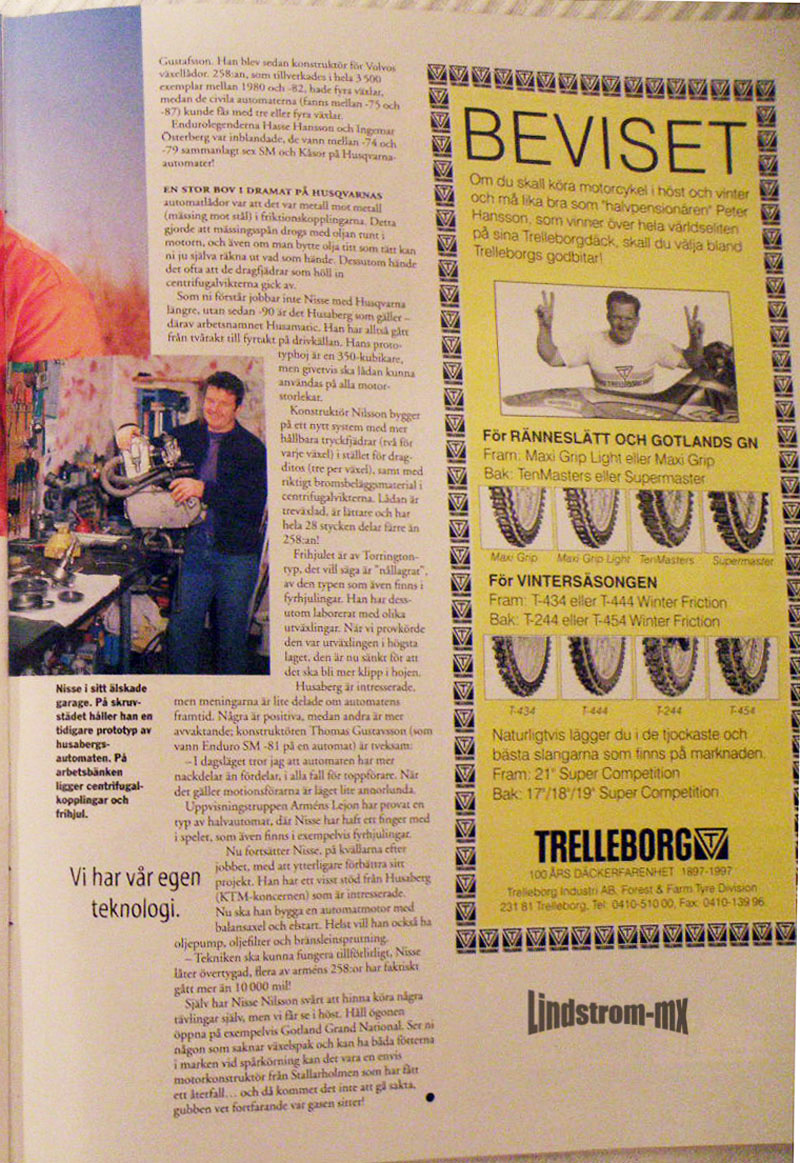 These are parts for another of my "Automatic" projects.

A Husaberg projectbike with "half automatic" gearbox made for the Swedish motorcycle show team "The Army Lions". 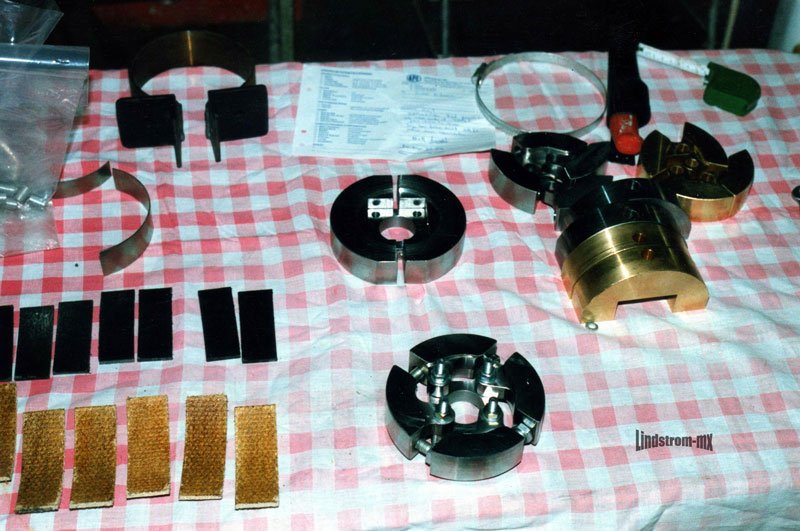